This year’s ERSO Show and Wheel Contest will take place at the Stadsschouwburg Mechelen, Belgium and be hosted by ROM Skippers. In the Show Contest the best show teams consisiting of up to five athletes compete in a theatre setting, convincing the judges both with Rope Skipping excellence and entertainment. The Wheel Contest is split up in a qualification level where teams have to show multiple routines without misses in order to get to the battles. The battle pairs are matched randomly and only one team continues to the next round until in the final battle the winning team is determined by the judges. 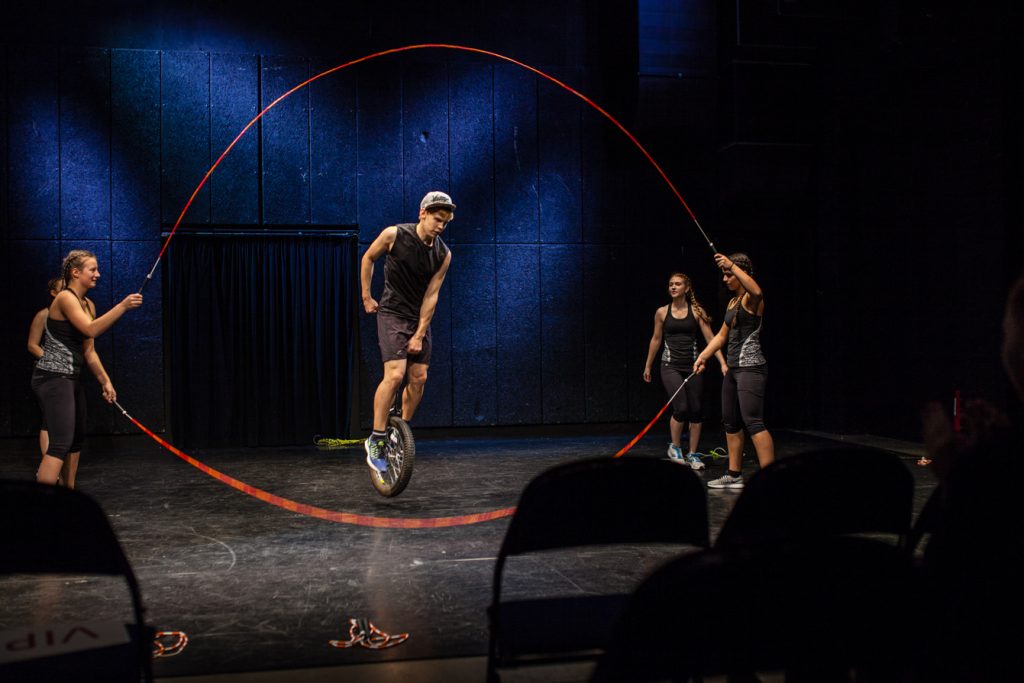 Here you find all rules and judging criteria in order to prepare as a competing team or for judging at this event. Further, we have put together a video-playlist of previous performances for inspiration.

Here you find all rules and judging criteria in order to prepare as a competing team or for judging at this event. Further, the links to the wheel routines for the qualifier rounds are available.

The event package contains accomodation at XYZ for two nights from 26th to 28th November 2021, full meals, competition participation fees and access to the theatre and gym as spectator